THM advises SGS, one of the largest property sub-groups of intu and owner of Lakeside, Watford Atria, Victoria Centre and Braehead shoppingcentres, on its £1.3bn long term financial restructuring, supported by a new money facility of £87m

As part of ensuring its stability, SGS secured a short term £30m financing facility along with the necessary waivers and extensions to provide time to migrate the assets and build SGS's operational, governance and reporting capabilities before a long term financial restructuring could be agreed with its stakeholders.

The consensual long term financial restructuring successfully concluded on 16 July 2021 and received overwhelming support from its lenders, with all Noteholders that voted (representing 88% of the three series of notes) and 100% of Term Loan Lenders voting in favour. The key objectives of the financial restructuring are to align stakeholder interests and establish an independent platform with a stable capital structure from which SGS can deliver its three year business plan and exit strategy to maximise value for stakeholders. This includes the extension of Series 1 Note and Term Loan maturities to 2024, "Pay if you can" interest across all debt and the provision of a new £87m super senior money facility.

"This project has demonstrated THM's ability to take directorships and bring leadership, independence, stability and robust governance to a board during unprecedented times. The completion of the long term financial restructuring is a major milestone for SGS, its stakeholders and retailers which have been impacted by the pandemic. It will provide a stable platform to deliver SGS's business plan and exit strategy to maximise value for SGS's stakeholders."

Since June 2020, THM has worked closely with Linklaters, Osborne Clark and PwC as advisers to SGS, Global Mutual as Asset Manager, Savills as Property Manager, Moelis and Clifford Chance as advisers to the Ad-Hoc Committee of Noteholders and Grant Thornton and Freshfields Bruckhaus Deringer as advisers to the Term Lenders. 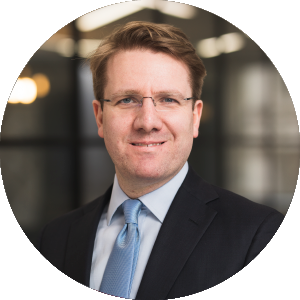 Reality Check: As the Chancellor turns off the taps, there are uncertain times ahead